The Ankh tattoo or Egyptian cross tattoo is one of the most popular Egyptian tattoos, either alone or accompanying other Egyptian tattoo designs. In today’s post we’ll review the meaning of the key of life tattoo and give you some ideas of body areas to get this simple tattoo, perfect for both men and women. At our tattoo shop you will find your perfect artist to carry out this special piece, perfect also to perform on the spot as a walk in tattoo.

Meaning of the Ankh Tattoo

The Ankh, also known as the Key of life or Andasha cross, is a cross with an ellipsis that looks like a handle on its upper part. Although its provenance is not exactly known, this symbol is a representation of the ascent of the Egyptian beyond. A tribute to the gods. Today we bring you the meaning this cross implies so you can understand why it is a good symbol to get as a tattoo. 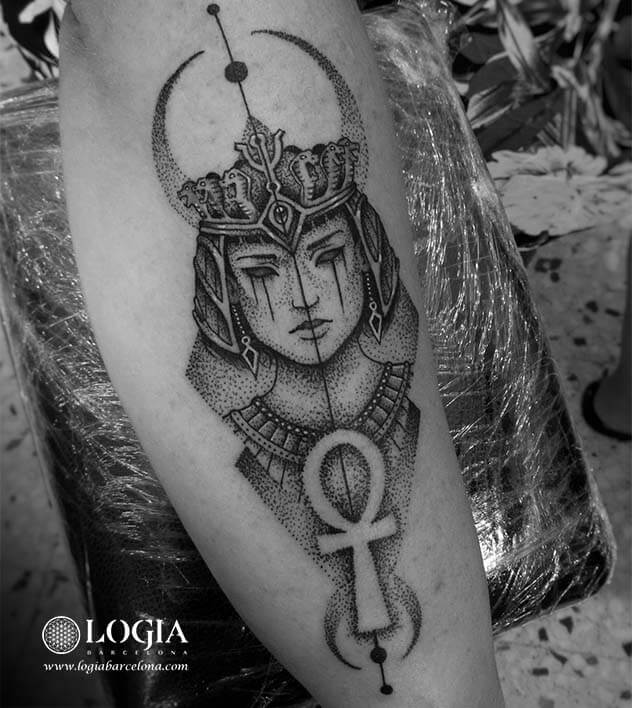 In the representations of the Gods that the Egyptians made, they always carried that symbol showing their power over life and death, especially when they represented Isis, whom according to her mythology brought her husband and brother Osiris back to life. The myth of Isis and Osiris tells the story of the death of Osiris and is essential to understand the values ​​of ancient Egypt, whose history exalts Isis as mother and wife.

But this symbol has managed to cross Egyptian culture and become a universal symbol that represents eternal life, the transcendent and the infinite. It also was probably inspiration for the Symbol of Venus, international symbol of feminism. In this theory it is believed that the Ankh is the representation of a uterus, so it symbolizes fertility. Another common belief about the Key of Life assumes that it is the representation of the masculine and the feminine, so it would be actually more related to the need of both genders to create life. 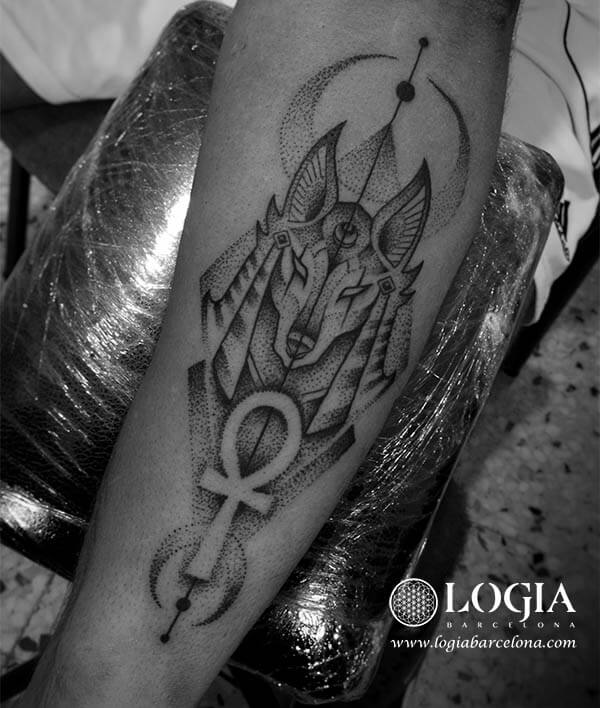 The truth is that its shape resembles the symbolism of a Christian cross, which makes us believe that it is a symbol of protection, a common ground between Christian and Egyptian Culture.

Few things can have so many connotations. Do you understand now why it is an excellent idea for a tattoo? If you like this blogpost, get in touch with Logia Tattoo to book your appointment or stop by our tattoo studios in Barcelona or Hospitalet, we are waiting for you.