Goddess Medusa Tattoos are really popular among the skin art lovers. This key figure of Greek mythology, represented by a beautiful woman with snake hair, can become a very attractive tattoo for both men and women. In this post we bring you different Medusa tattoo ideas done at our tattoo shop Barcelona by our tattoo artists, and we reveal its hidden meaning. 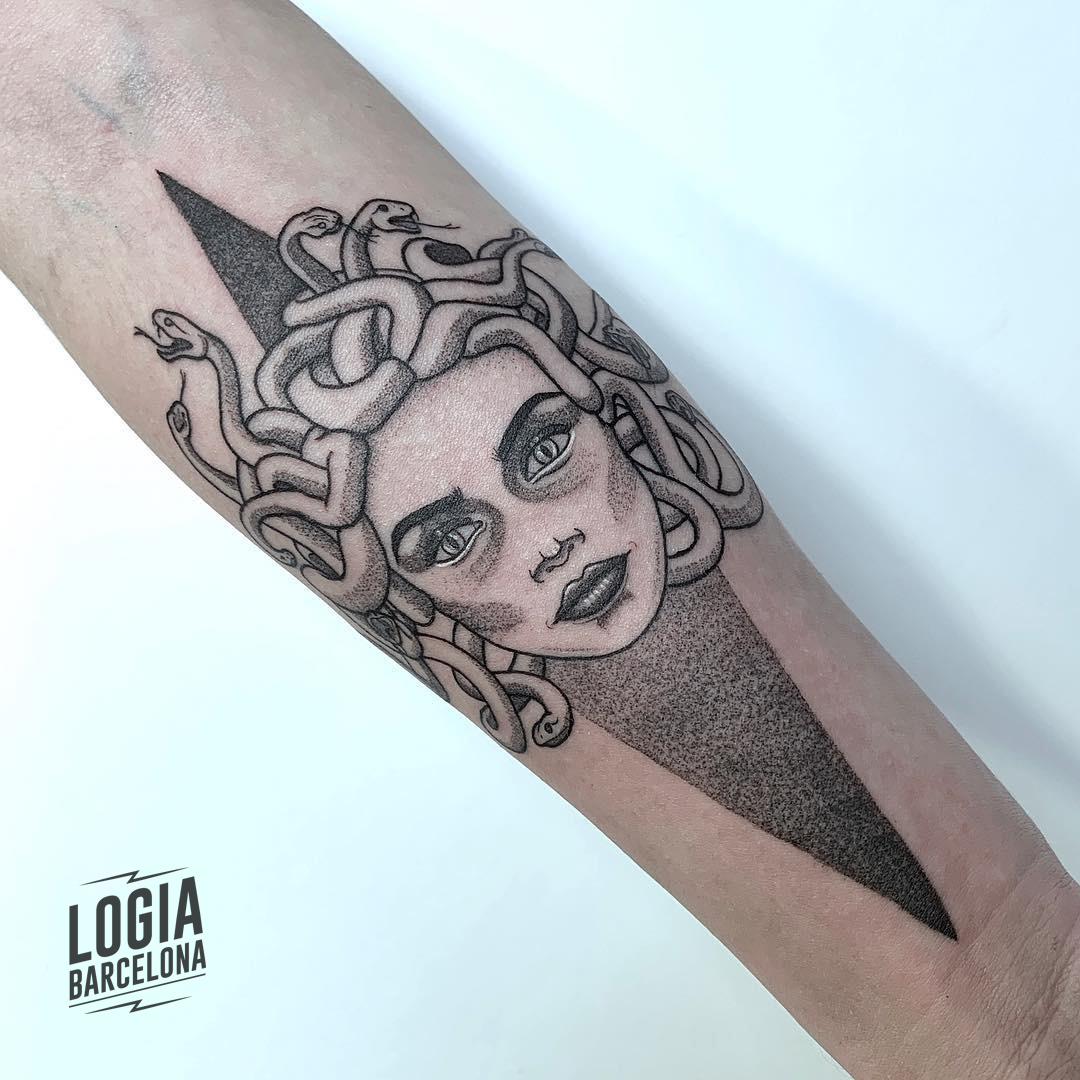 Medusa was in Greek mythology a gorgona (female archaic monster) that turned into stone those who stared at her eyes. She was represented by a woman with snakes hair and scaly skin. Legend has it that Medusa was beheaded by Perseus, who used his head as a weapon until he gave it to the goddess Athena to put on her shield. From that moment she won symbolism as a protection amulet. 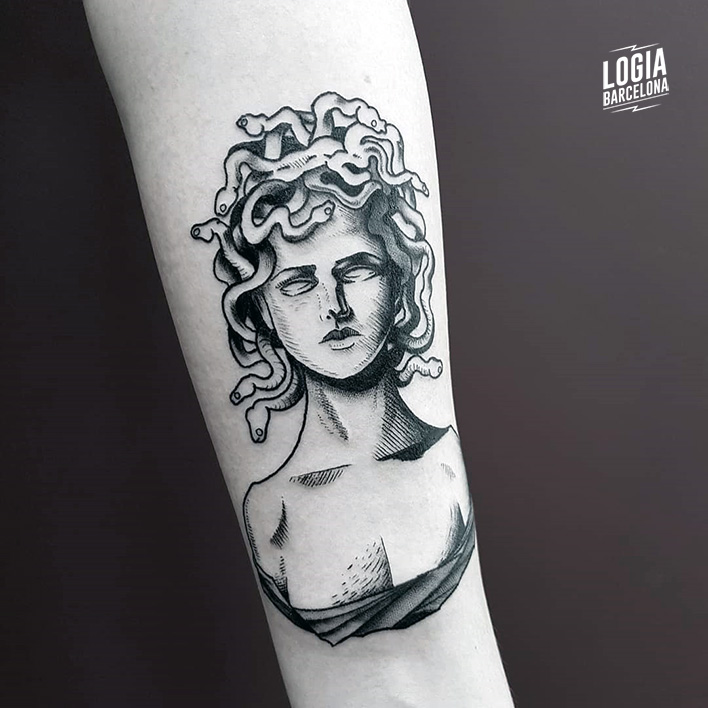 When we get a Medusa tattoo, we want to transmit that respect or even fear towards others, trying to hypnotize them and trap them as Medusa did with her victims. Medusa also symbolizes women’s anger, as well as their power and wisdom. The identification of feminism with the defenestrated figure of Medusa has made this tattoo motif very popular among women. It is also really popular among men, since the symbolism of Medusa goes beyond mythology and can be adapted to all kinds of different tattoo styles, as we will see below.

Just like any other type of tattoo that represents the face of a woman, Medusa tattoos can be made in many different styles: realistic, traditional, new school … But undoubtedly this tattoo adapts to new trends, blackwork techniques ever gaining popularity. The use of intense blacks and shading pattern is especially important in this tattoo, which brings an extra twist of tragedy to the already dramatic legend of this Goddess. 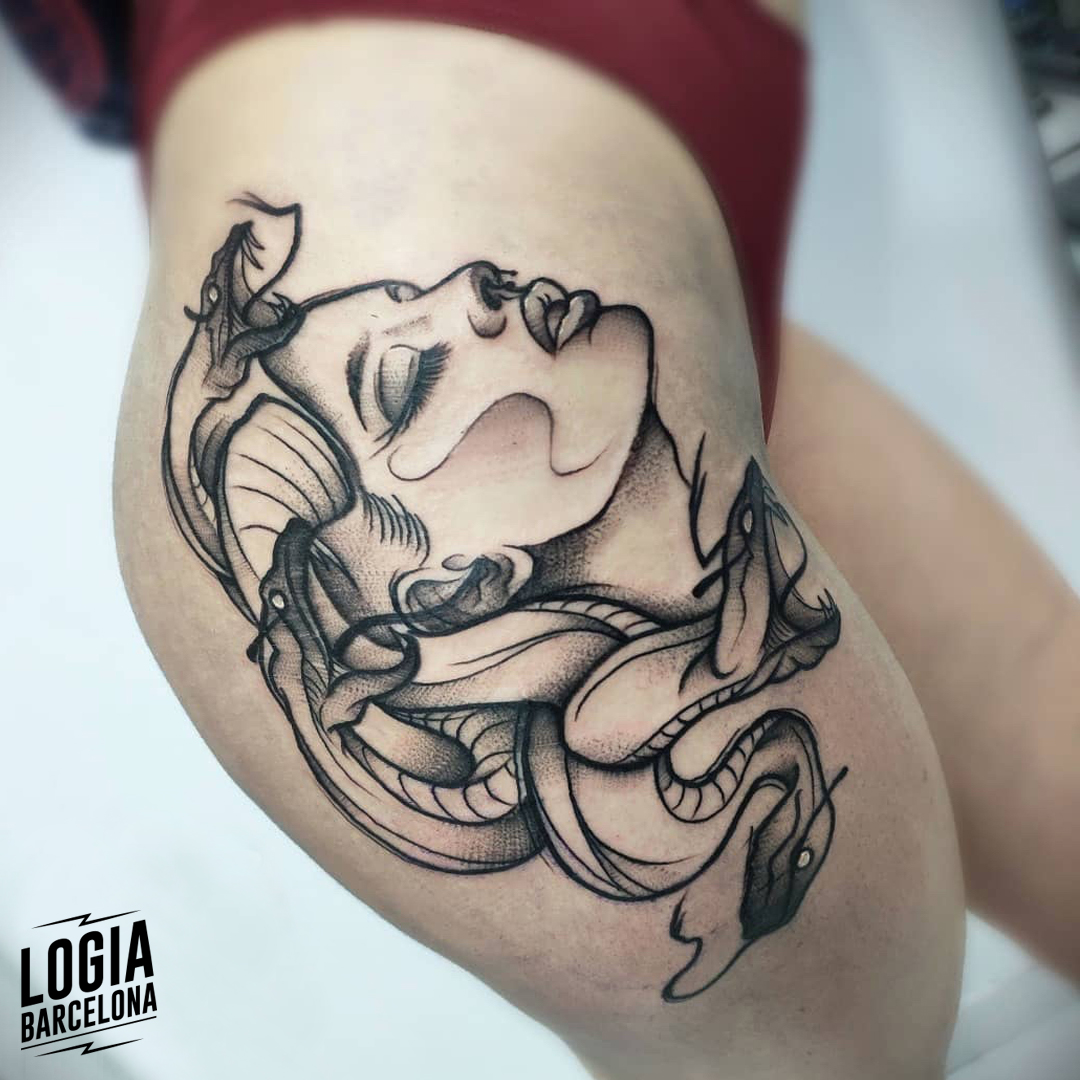 Lots of times Medusa is represented along with other gods and characters from Greek mythology. This is the case of the following tattoos: in the first, a semi-realistic piece that covers the entire chest and represents Zeus and Medusa; the second, just Athena with the head of Medusa on her shield. 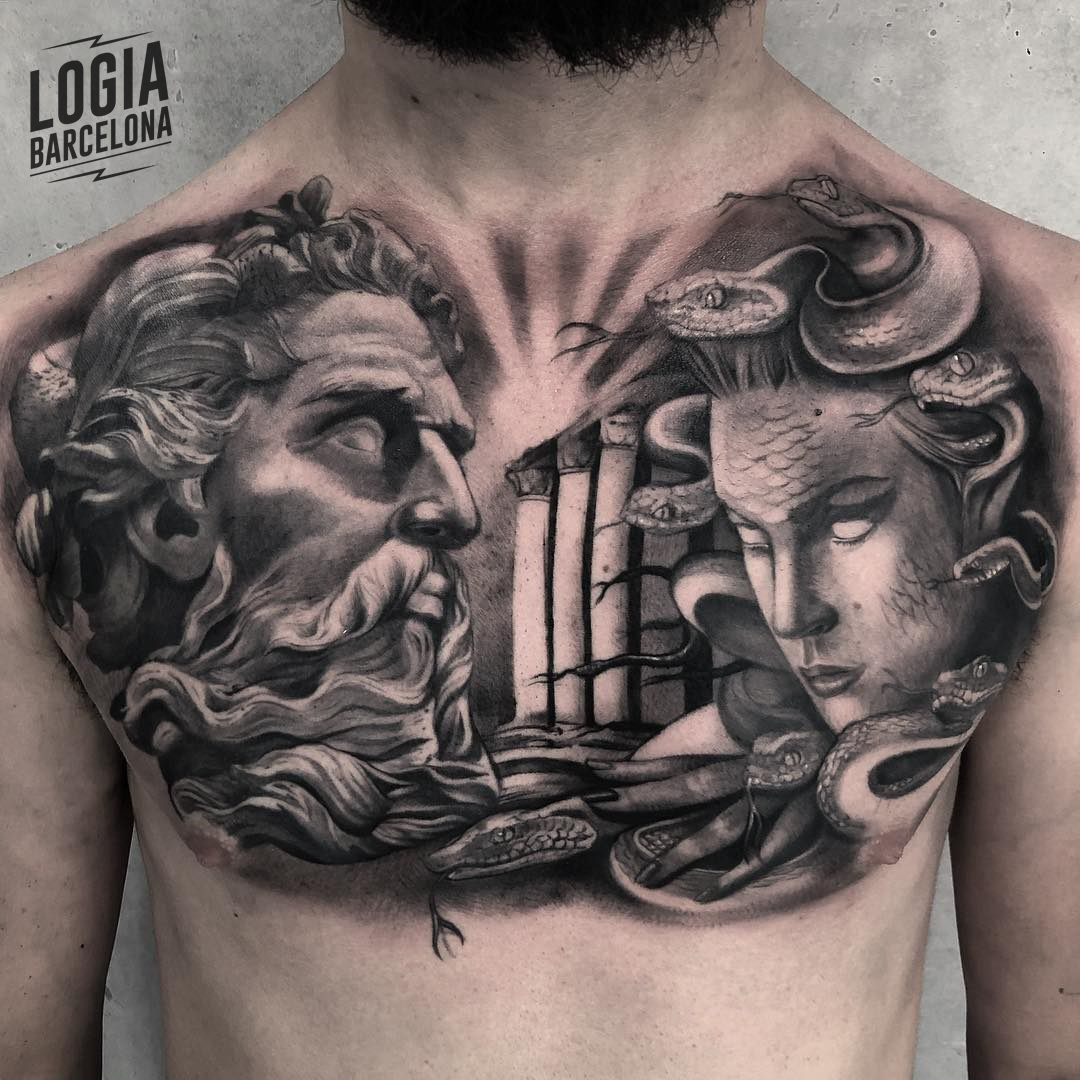 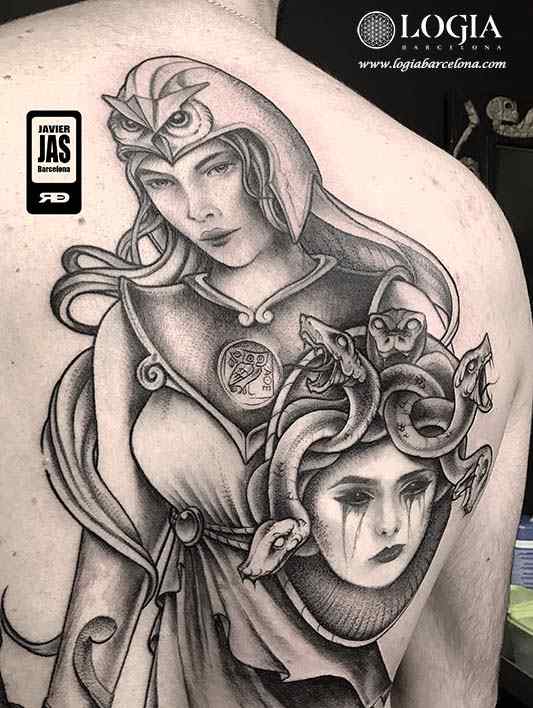 Although in recent years Medusa has been portrayed as a beautiful woman, the artistic tradition represented her as perfidious – in fact, the legend says that it was Athena who transformed her, giving her snake hair and scaly skin, as well as her power to petrify with the look. Trying to escape this horror, it is also common to see Medusa tattoos in a painful and aggressive attitude, as in the following example. 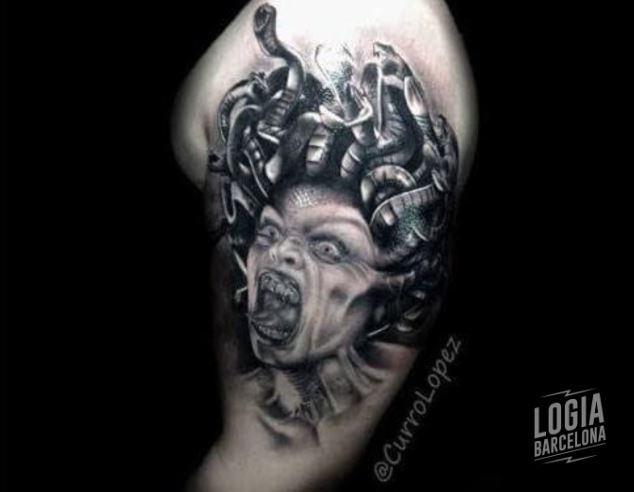 And although we have seen realistic Medusa tattoos win by a landslide, we can not let go of other tattoo techniques. In this case, a traditional American tattoo that reinvents the Medusa motif transforming it into a gypsy that dominates the snake. A really common reinterpretation in this style of tattoos. What about you? Do you prefer the traditional Medusa motif or a different and original one like this one? 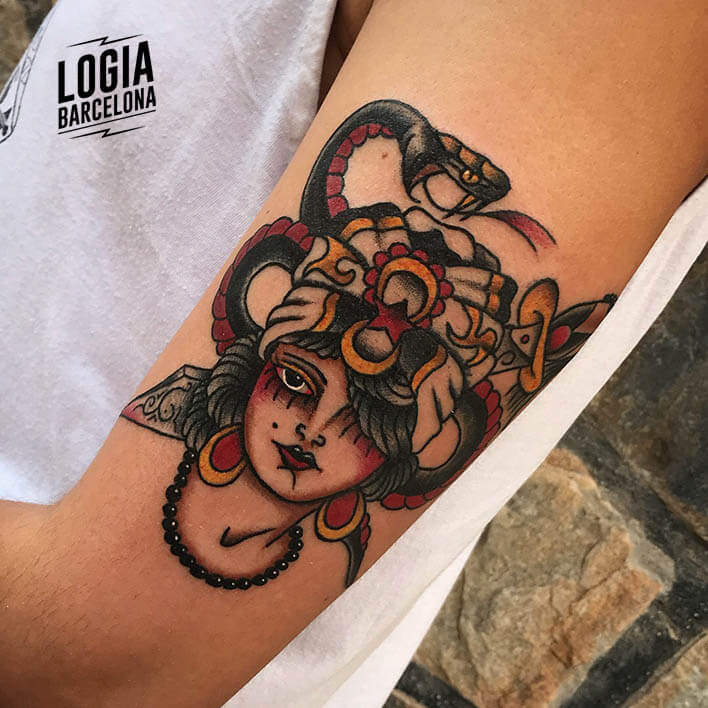 Whatever your preferences, if you’re looking for a Medusa tattoo you’ve come to the right place. Get in touch with Logia, take a walk through the portfolios of our team of tattoo artists, and choose your favorite style. Our tattoo artists will prepare a design adapted to your preferences and personal style. Get your Medusa tattoo at the best tattoo shop in Barcelona!