Viking tattoos or tattoos of Viking symbology are some of the most popular tattoos we do at Logia Barcelona Tattoo Parlor. Their simplicity and great significance, what they symbolize of rediscovering our roots, as well as their ability to adapt to different styles of tattoos and personalities, all make the tattoo of Viking runes is undoubtedly a safe bet. They are also perfect as walk in tattoo, since they can be performed relatively quickly in their simplest versions. Do you want to know more about them? 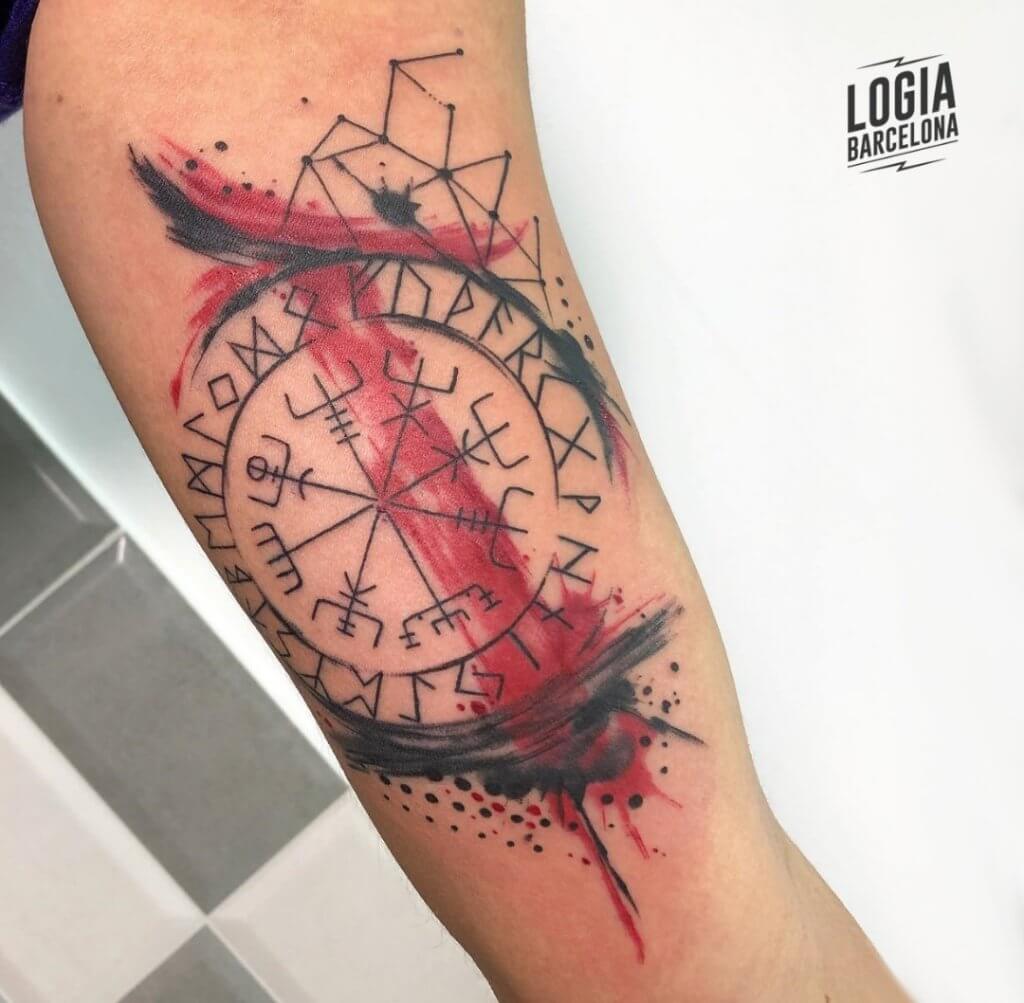 Meaning of the Viking simbology tattoo

The Vikings come from the Nordic peoples that emerged in Scandinavia, and today they are talked about a lot because of the way of life they led. It was a town very feared for its reputation as looters, as they moved across the sea, entering the cities through the rivers.

This is how the territories in which there was a Viking settlement were expanding more and more. In addition to everything that has been left behind after its expansion, it is very common to find tattoos of Viking symbols, and there are many people who find it interesting. Here we explain a little more some of these elements.

The first of the tattoos that has been extracted from this symbolism is the Valknut tattoo, composed of three intertwined triangles. There are different representations of this and in fact also receives different names, it is not known exactly if they all come from the Vikings themselves or was something created later. The most well-known ways of referring to them are Odin’s Knot, Heart of the Fallen or Knot of Death, and it is said to symbolize the power that Odin himself had to bind and unleash, through which he could produce fear in his adversary or provide value and power to their own.

Another of the most common tattoos of viking symbolism that call attention of people, since their aesthetic really wake up curiosity as well as their indecipherable code, is the tattoo known as Ægishjálmr or Ægishjálmur tattoo. This symbol provided security and protection to the Scandinavian warriors, who got it painted on their foreheads, following the belief that it gave its bearer the virtue of being invincible and of frightening his enemies. 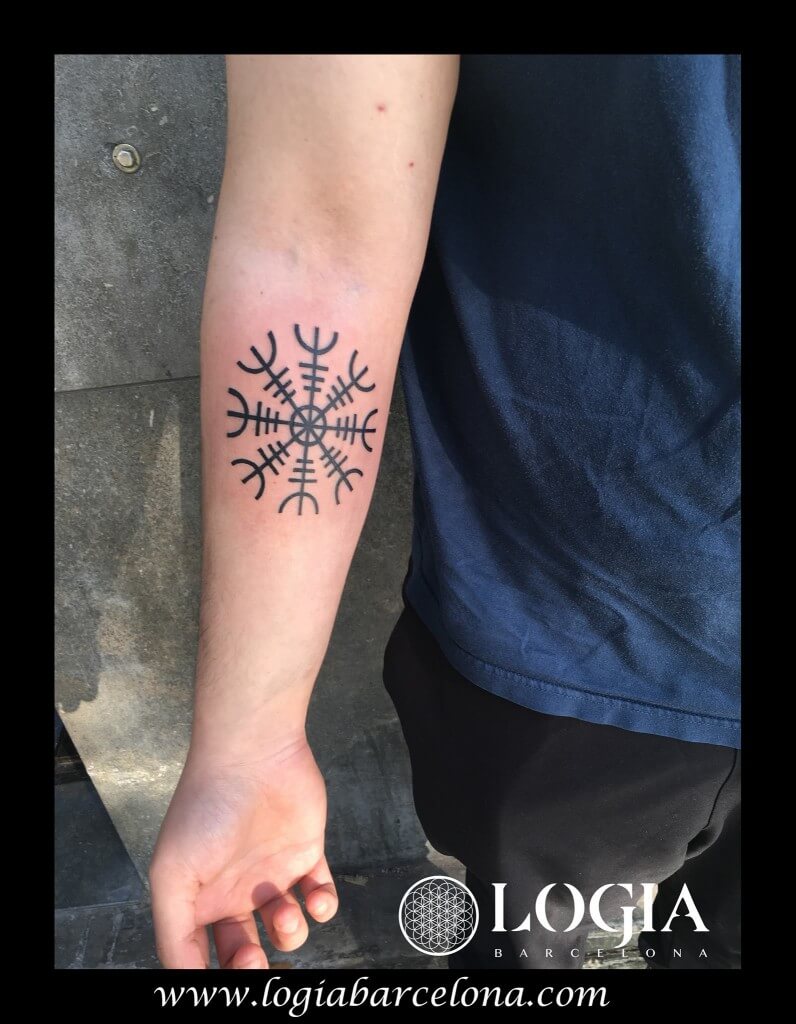 We can also find the Vegvisir tattoo, more related to Icelandic symbolism than their counterparts. It is not known exactly if Vikings considered it a magical symbol, since there is no record of it, but apparently it was a symbol that used this town as a kind of solar compass. Its circular shape marks the different possible courses. It is without doubt one of the most popular Viking tattoos. 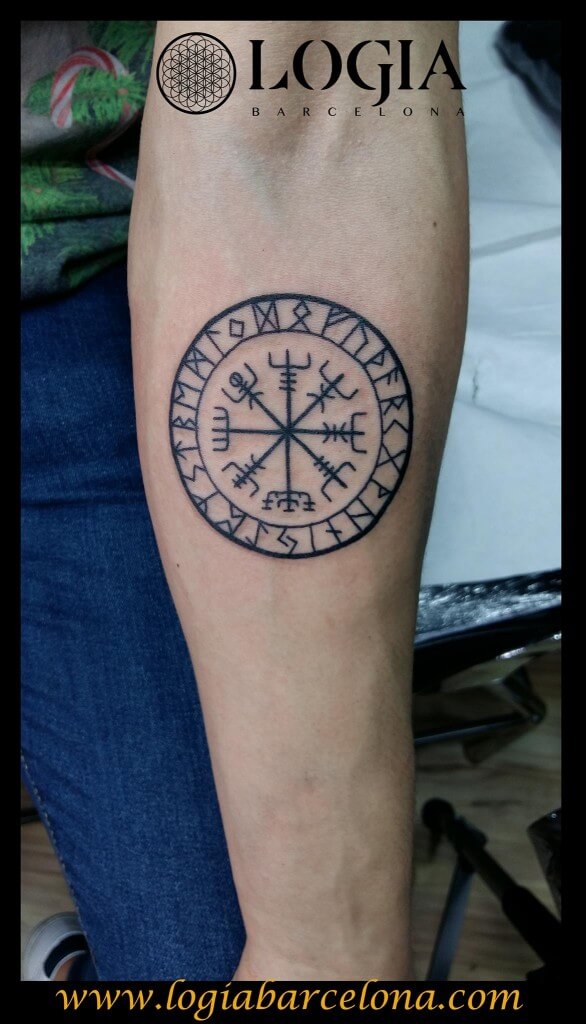 In the following tattoo we see an example of Vegvisir tattoo done at Logia that, in addition to the original design, has other types of Viking symbols such as runes. Each rune represents a phoneme within the ancient futhark – the runic alphabet – and older ones have their own meaning. 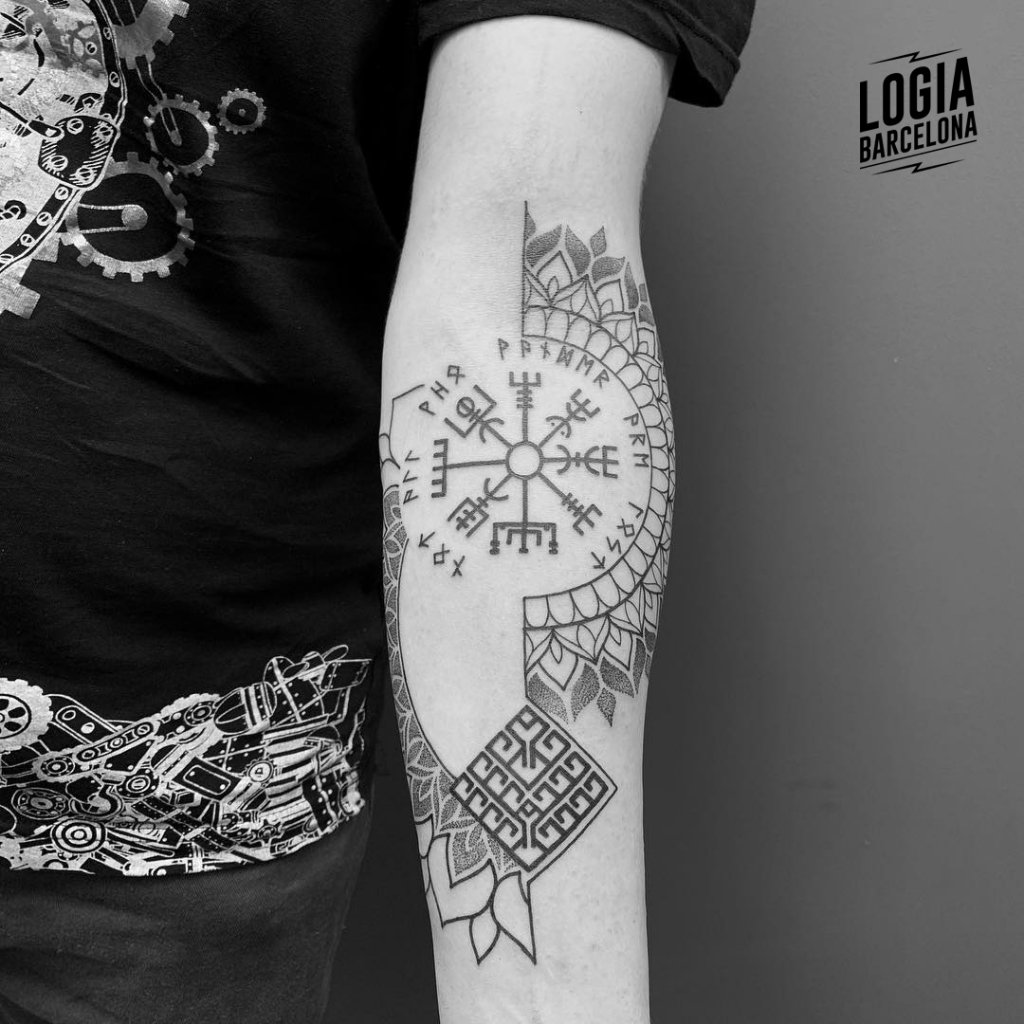 And you, would you get a tattoo of Viking symbols? If you are thinking about getting a tattoo or have any kind of consultation about our services of tattoos, piercings, henna tattoos, micropigmentation, microcapillary, tattoo removal or our tattoo courses, do not hesitate to contact us, via email info@logiabarcelona.com or call us: +34 932 506 168.